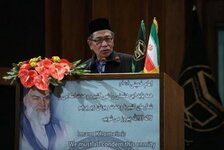 Chairman of AhlulBayt (a.s.) Society of Indonesia passed away + photos

He, who served the Shiites of his country like a compassionate and scholar father, passed away on February 15, 2021 at the age of 72 due to Covid-19.

The late Jalal al-Din Rahmat was one of the pioneers of Istibsar in Indonesia and the Ahl al-Bayt IJABI Society, which he chaired. This Society has branches and is active in most Indonesian provinces.

He was also a prominent member of the AhlulBayt (a.s.) World Assembly and considered as one of moderate and popular figures of the country.

His other activities and services include membership in the “Indonesian National Parliament”, and the “World Forum for Proximity of Islamic Schools of Thought”, establishment of the “Shahid Motahari School”, and the “Assembly of the Shiite and Sunni Brotherhood” in Indonesia.

A few days earlier, the wife of the late Jalal al-Din Rahmat, had died of the Covid-19. Jalal al-Din had a MA in communications and a PhD in political science. He joined Padjaran University in 1978 as a teaching staff. He studied at the Universities of Iowa, USA, Australian International Studies, and Makasar Islamic University, Indonesia. He received his doctorate in politics and International Relations from Australia, and his PhD in Hadith Studies from Indonesia. 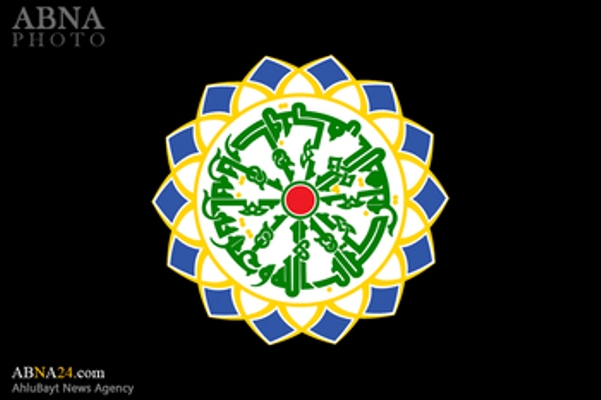 In a statement, the AhlulBayt (a.s.) World Assembly condemned the killing of Hazare Shiites in Machhi, Pakistan.

In the statement, calling the international organizations to fulfill their legal and international duties, the assembly drew everyone's attention to the danger of the extremist and criminal group, ISIL.

The assembly also appreciated Ayatollah Makarem Shirazi for his guiding message, and Pakistan's Prime Minister for consolation with the martyrs' families.

The statement is as follows:

“Those who do wrong will come to know by what a (great) reverse they will be overturned!” (The Holy Quran, 26:227)

The evil hands of the Takfiri terrorists were once again stained with the blood of the oppressed and Muslim people of Pakistan.

The crime of the terrorist-takfiri group “DAESH” in the Machhi coal mine in Balochistan province in the beheading and martyrdom of 11 oppressed and innocent Hazara miners, wounded the hearts of free people, especially the followers of AhlulBayt (a.s.) in all parts of the world and angered them about this horrible crime.

Condemning this terrorist and inhumane act and expressing sympathy with the bereaved families of the martyrs of this painful incident and wishing them patience and reward, the AhlulBayt (a.s.) World Assembly calls on all international organizations, especially the United Nations, to fulfill their legal and international duties to prevent such criminal incidents and to take the fight against terrorism seriously.

The assembly insists that the organizations must also be aware of the fact that the danger of this extremist and criminal group will affect all of humanity, Muslims and non-Muslims alike, and they must take practical and preventive measures to counter them.

The AhlulBayt (a.s.) World Assembly considers it necessary to appreciate the Grand Ayatollah Makarem Shirazi who, with his instructive message, broke the deadlock created for the burial of the martyrs; and thanks the stance of Pakistani scholars in support of the verdict of the Shiite source of emulation.

The Assembly praised the action of the Prime Minister of Pakistan, Mr. Imran Khan, in acknowledging the oppression of the Hazare Shiites of this country and also the visit to Quetta and the consolation of the families of the martyrs and while appreciating him and other Pakistani government, military and security officials, the AhlulBayt (a.s.) World Assembly calls on them to take special measures to identify and punish the perpetrators of this crime and prevent such incidents from happening.

In the end, we offer our condolences to the bereaved families for this great tragedy, and wish them patience and reward, and the highest degrees for their dear martyrs.

Eleven Pakistani Shiite workers were brutally beheaded and martyred by terrorists at a coal mine in the Machhi area near Bolan in Balochistan province.

In a statement, the ISIL terrorist group claimed responsibility for the tragedy.