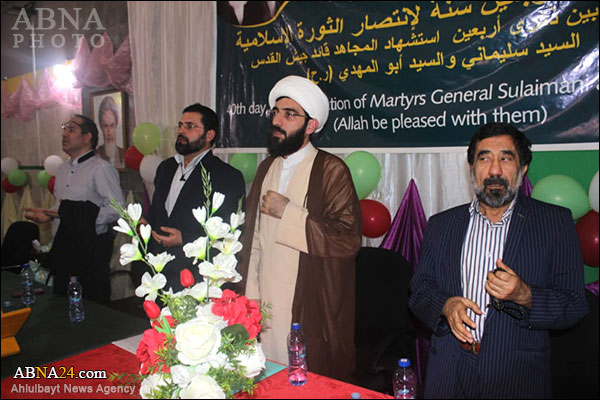 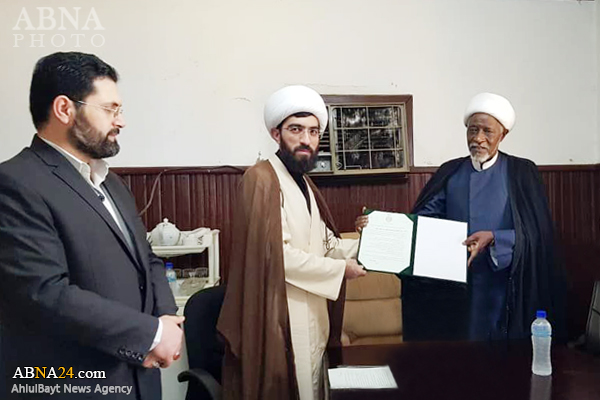 By the order of the Secretary-General of AhlulBayt (a.s.) World Assembly, Hojat al-Islam Sheikh Ahmad Tijan Silla was appointed as the official representative of the Assembly in the Sierra Leone.

The Ayatollah Ramazani's statement was presented to him by Hojat al-Islam Moeinian and Sayed Zaman Hosseini on behalf of the International Deputy of Assembly. 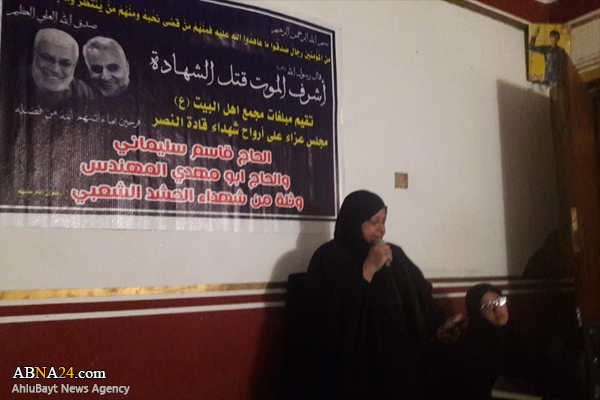 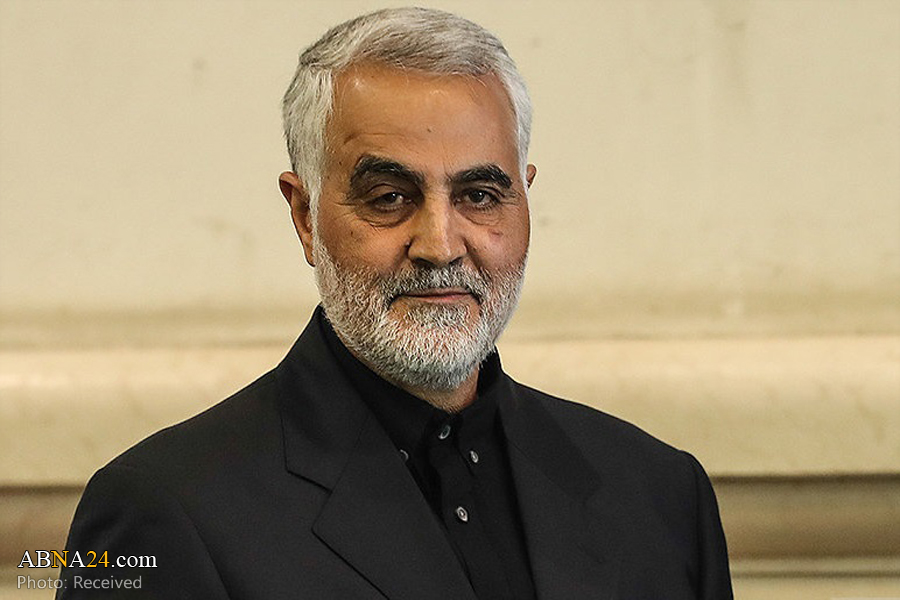 The full text of the statement come as follow:

In the name of the God

“Of the believers are men who are true to the covenant which they made with Allah: so of them is he who accomplished his vow, and of them is he who yet waits, and they have not changed in the least.” (Holy Quran Surah Ahzab Verse 23)

Today Friday 3 January 2020, the sacred lands of Iraq which witnessed 14 centuries ago the ultimate stand for Justice and truth by the Leader of Martyrs, Imam Husayn (a.s) once again became drenched in the blood of an elite martyr of our time.

It is indeed with a great shock that AHLUL BAIT (A.S) FOUNDATION OF SOUTH AFRICA (AFOSA) received the news of the assassination and consequent martyrdom of General Qassem Soleimani, head of the Iranian Revolutionary Guard’s Quds Force.

General Soleimani served the Iranian people in particular in various positions in its army for more than 40 years and simultaneously served the Muslim Ummah and humanity at large beyond the Iranian borders during this time.

He became internationally famous when he initially provided strategic and logistical support to Syria during 2011 when it faced a civil war and played an instrumental role in combating the emergence of ISIS in both Syria and Iraq and ensuring its eventual extinction. His selfless sacrifice and bravery has resulted in the world witnessing a more stable Middle East today.

His murder, along with the assassination of Abu Mahdi al-Muhandis, another great hero from the land of Karbala who resisted against occupation of his sacred country by ISIS terrorists as well as American aggression, is the most brazen indication to date that America seeks a direct war with the axis of Resistance in the region. AFOSA unreservedly condemns this act of aggression by the US government.

The immediate response of the Prime Minister of New Zealand in indicating that it will not be part of such a war is noteworthy and we call on the freedom loving nations of the world to influence their governments to take a similar stance.

AFOSA extends its sincere condolences to Imam Mahdi (a.s), Our Leader Grand Ayatullah Khamenei, all Maraji (Grand Spiritual authorities), the family of the martyrs and the Iranian & Iraqi nations and all freedom loving nations of the world.

So when they marched out for [encounter with] Goliath and his troops, they said, ‘Our Lord, pour patience upon us, make our feet steady, and assist us against the faithless lot.’

On the occasion of the fourth anniversary of Zariya disaster and illegal detaining of the leader of the Islamic Movement in Nigeria, Sheikh Ibrahim Zakzaky, his daughters met with Ayatollah Sheikh Isa Qassim in Qom.

On the occasion of the fourth anniversary of Zariya disaster and illegal detaining of the leader of the Islamic Movement in Nigeria, Sheikh Ibrahim Zakzaky, his daughters met with Ayatollah Ramazani, the Secretary-General of AhlulBayt (a.s.) World Assembly on Monday.

A group of tribal chiefs of Syria met Ayatollah Akhtari, Chairman of the Supreme Council of the AhlulBayt (a.s.) World Assembly in Tehran.