News News of Secretary General Statements and Messages
Monday, 26 October 2020
In a message to the President of the World Federation of Khoja, Ayatollah Ramazani, expressed his condolences on the demise of Alhaj Mohib Ali Roshanali Nasser. 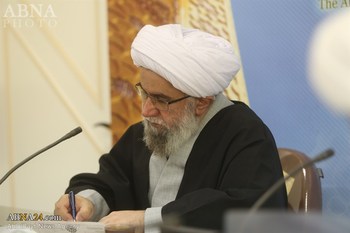