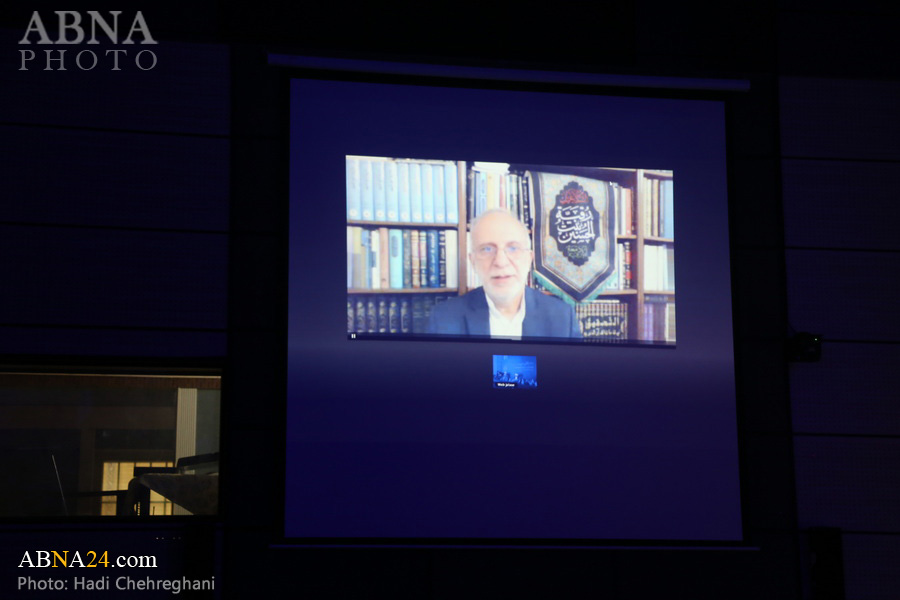 In Second Phase of Revolution, our task is to globalize Quranic teachings, values: Mostafavi

The Head of the Department of Communications and International Affairs of the Office of the Supreme Leader stated, “We can say that Iran is the only country in the world whose officials, laws and system structure are based on the teachings of the Quran. Therefore, the officials must be familiar with and believe in the Quranic teachings and values, and the laws must be based on the teachings of this divine book.” 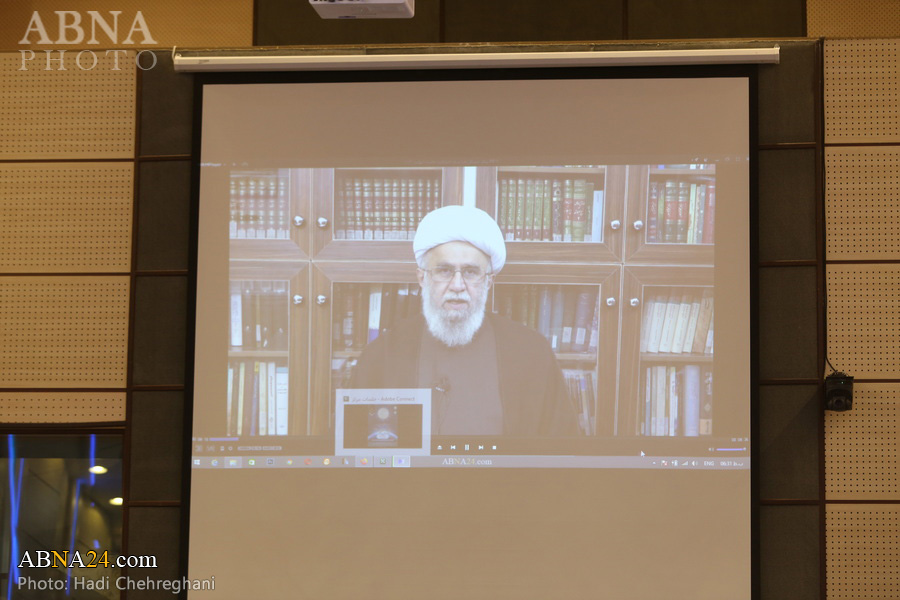 The Secretary-General of the AhlulBayt (a.s.) World Assembly stated, “From the point of view of those who have meticulously studied the Quran from various aspects, this divine book is a miracle. Epistemological, ethical, scientific, anthropological, cultural, and everything that can play a role in guiding human beings are mentioned in the Quran.” 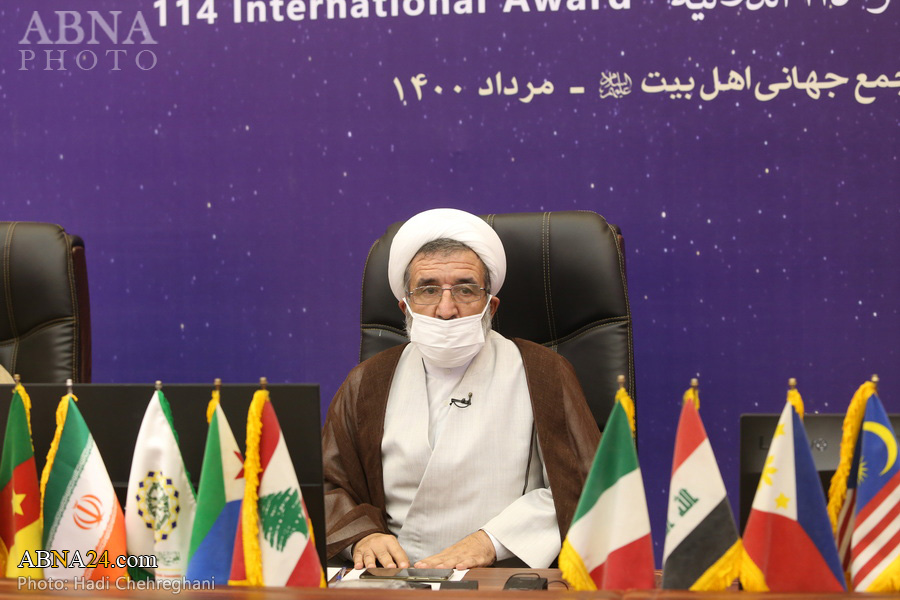 The Secretary of the “World Prize 114” stated, “With the least public announcement, and in less than four months, more than 500 works were submitted to the Prize Secretariat, many of which were valuable works.” 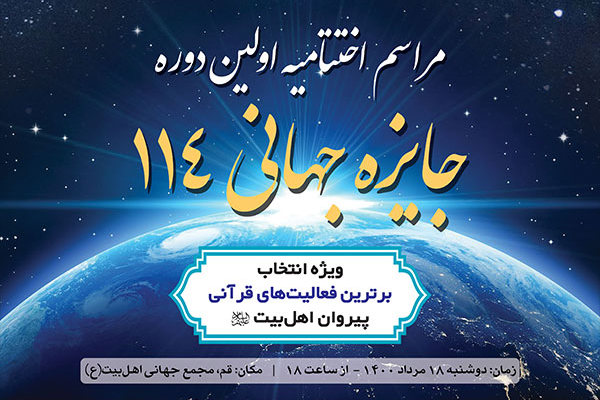 Closing ceremony of the 1st “World Prize 114” to be held + poster, links

The closing ceremony of the 1st “World Prize 114” will be held to select the best Quranic activities of the followers of the AhlulBayt (a.s.). 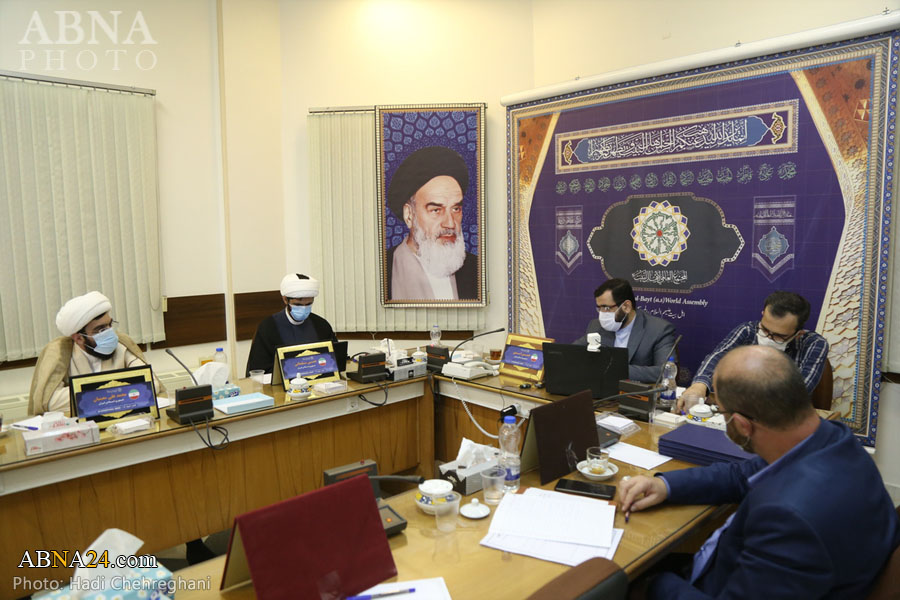 Photos: Final stage of judging works submitted to Secretariat of the World Prize 114

The final stage of judging the works submitted to the Secretariat of the World Prize 114 was held on Monday evening, July 26, 2021 in a meeting of seven judges of the festival in the meeting hall of the AhlulBayt (a.s.) World Assembly of in Qom. 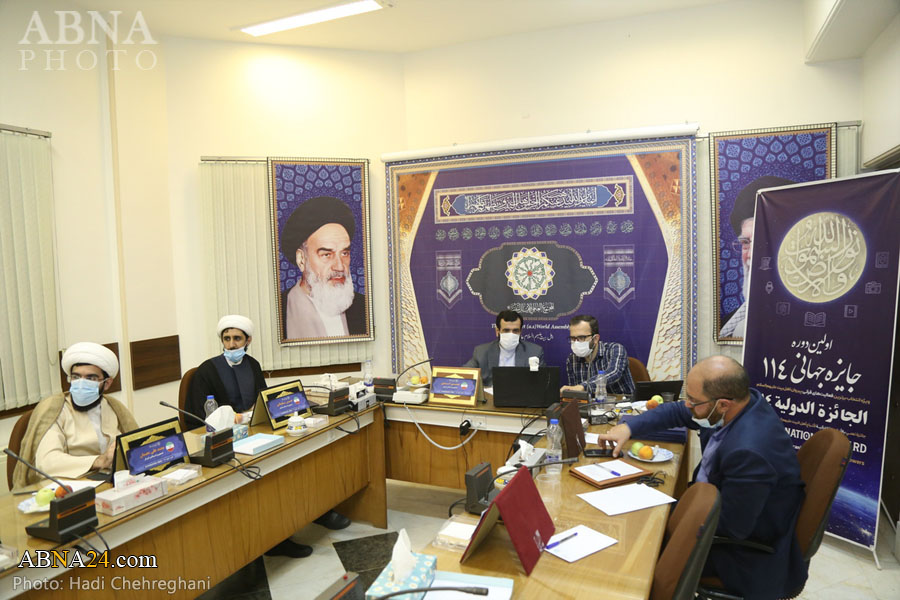 In the final stage of the World Prize 114, 22 works were judged by seven judges. 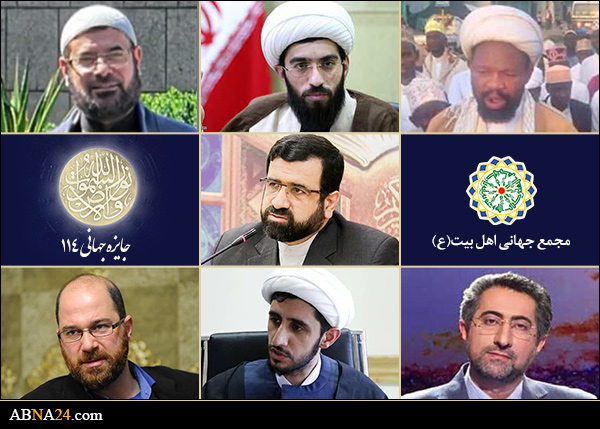 The judges of the First World Prize 114 appointed /Judges’ introduction

By the initiative of the AhlulBayt (a.s.) World Assembly, the call for participate in First World Prize 114 was issued on April 9, 2020 (Coincided with 15 Sha’ban 1441) to select the best media productions and Quranic activities of the followers of the AhlulBayt (a.s.). After receiving more than 500 works and Quranic activities from different countries of the world, and passing the preliminary and semi-final evaluation stages in the secretariat, the festival has approached its final stage. 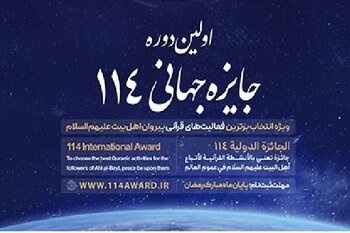 The Deputy for International affairs of the AhlulBayt (a.s.) World Assembly said, “More than 500 works have been submitted to the Secretariat of the First World Prize 114.”